Over the past 8 years, the UGrad scholarship has been the ticket of students from war ravaged countries into the United States. During that period, the entry into America was easier for them because of the unspoken open-border immigration policy of the country. That is why the essays that were being written by the scholarship applicants within that time frame normally tugged at the heart strings and tried to depict them as victims wanting to get out of their country based upon an educational scholarship. The common denominator among those essays? None of them ever spoke of the scholar eventually leaving the country upon the completion of their semester abroad. They did not have to indicate that. They could work on remaining in the country in some form using some loophole and most likely get away with it. Times have changed in the United States. There is a new president and he is serious about immigration policies and the implementation of the screening of visa applicants. These days, you don't tug at the heart strings to help you get a visa in as a UGrad scholar, you make it clear that you want to go back to your home country instead. 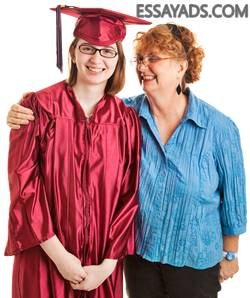 A better developed and more applicable UGrad personal statement these days needs to point out several information that was not required of the applicants during the past 8 years.

What are these information? In bullet points, these are:

The new set of prompt requirements are more personal on an academic basis whereas before, it was more of a serious personal nature. Based the prompt requirements, the new slant of the UGrad scholarship grant is clear. A grantee must be only interested in the academic side of the program. There should not be any reference to information that would make the reviewer believe that the student may have the capacity to become an undocumented person in the country after the semester is over.

If one writes his UGrad personal statement using the old template (tug at the heartstrings), he will most likely be rejected for his application due to the new visa guidelines coming from the United States. If he follows the academic but lighthearted approach to the new prompt, and makes it absolutely clear he has no plans of overstaying his welcome in America, then he will have a better shot at getting the scholarship.